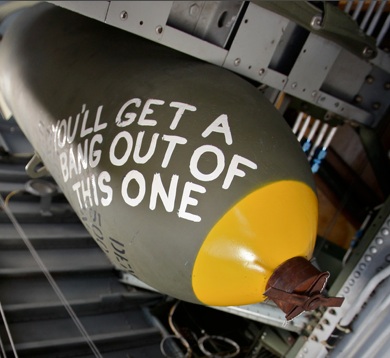 It should be a rare occurrence…right?

But unfortunately in this FUD atmosphere of Google’s guest-blogging blitzkrieg, it is not.

If you hadn’t yet read up on how Doc Sheldon’s site got singled out for a site-wide penalty over one (valid) link, then check out Danny Sullivan’s post via Search Engine Land.

I asked Doc for his insights regarding his experience with his site being penalized, why he believes it happened, and what we can all learn going forward…

First of all, I don’t see my penalty as a “they’re picking on me” situation, at all. I suspect that my site was flagged for attention because of one of these reasons:

B) I had a page entitled “Guestblogs” on the site

C) I had a few links out to MBG (one textual link in a post I wrote about a new video they had published, a couple of comments by Ann Smarty and a couple of contest announcements that included links to MBG as a contest sponsor)

D) My old member profile on MBG from when I was a moderator there, early on, probably still exists in Google’s index – certainly in their archives

Which of those are really the nail in the coffin is conjecture… maybe a combination? I have a theory, but it’s only that. I certainly don’t think that I received an outbound link penalty because of the less than stellar quality of that one guest post that Matt tweeted about. If that were my sin, I’d have expected a Panda slap, not an OBL penalty.

I think it’s certainly fair to say that I poked the bear with my open letters. But those came after the penalty, so the penalty certainly wasn’t driven by any vindictiveness on Google’s part. Nor have I ever publicly been terribly critical of Google in the past. I see my situation as a simple case of collateral damage, caused by ties to MBG.

3. In light of Ann Smarty’s MBG and Ian Lurie’s Portent penalties, where does your particular penalty fit in? Is there an overall Blitzkrieg logic to this?

Ian’s penalty is totally different from what my site experienced. He was penalized for inbound links, while I was hit for outbound. In other words, he was flagged for possibly buying links, while I was accused of selling links. (No… I didn’t sell him those links 😉 )

As for a guest blog Blitzkrieg logic to this, I would say yes… Google is evidently going after guestblogging, at least. Whether that will spill over into blogging in general remains to be seen. After Matt Cutts tweeted about that post on my site being topically irrelevant, a lot of people seemed to focus on it as if it weren’t a guest post, reading it as though Google wants to keep us from blogging on new topics. I’m not sure that it’s really a concern if I, for instance, write about many varied topics on my blog. I think Matt was looking at that post very much as a guest post and commenting in that context.

Do I think my penalty was somehow tied to the MBG thing. Yes, I do. I suspect they launched a special algo to find and flag blog “networks” and MBG won that lottery. My site had some ties to MBG, so it got flagged, too. That’s my theory, and I think it makes sense, but I certainly can’t prove it. And at the end of the day, it doesn’t really matter, because I had those issues that now needed to be cleaned up. I think the important aspect is the lessons we can get from the whole exercise.

4. You were successful w/your recon request, and relatively quickly. Mind sharing how and why you think this is so?

My situation was really very simple, as I just chainsawed things by adding nofollow to every single outbound link on the site. I’ve never really tried to get that site to rank for anything. You know that all my business comes from referrals – the organic traffic I get in a month couldn’t fill a tweet. And I really wasn’t doing anything with the little PageRank the site had (TBPR 3 or 4, I think). So I really wasn’t losing anything by just sweeping all the links out the door. Mostly, it was the quickest way to handle the situation.

Most of the manual penalties I’ve cleaned up for clients involved a much more comprehensive selection process of good vs. toxic links, along with a spreadsheet and a mea culpa reconsideration request. That takes time, and I wanted to see how quickly I could get this revoked, with a very simple “I’ve nofollowed everything… revoke the penalty” request.

It took me about 5 hours to go through and individually nofollow every link on the site, then I submitted my request the next morning. My site reappeared in the SERPs for its name the following morning, and four and a half days after submitting the request, I received notification that the penalty had been revoked.

I knew it would get revoked… without a single followed link, it’d be pretty difficult to reject my request for that penalty. I was mostly interested in seeing how fast. The thought did cross my mind that by poking the bear, I might be inviting another penalty. But although I’ve heard a lot of people accuse Google of that kind of thing, I just didn’t see that as a big risk. First, there’s nothing on my site that really worries me; second, I doubt Google really goes in for that sort of thing.

Besides, I’m just a little piss-ant… hardly worth the time or trouble for them, is it?