Or at least, stop dealing from the bottom of the deck.

I’m helping a friend help out another friend, in his attempt to regain his site’s rankings after a double whammy for OOP and Penguin. He had some very substantial traffic and conversion numbers until January, when he suddenly noticed he’d fallen from his #1 slot to around #6 and #7 for his major terms. Investigation revealed that he’d suddenly accumulated another 23,000 links or so… from some very questionable sources. Bottom line, he knew he didn’t do anything, so while it couldn’t be proven, it looked as though he’d been nailed by some negative SEO. 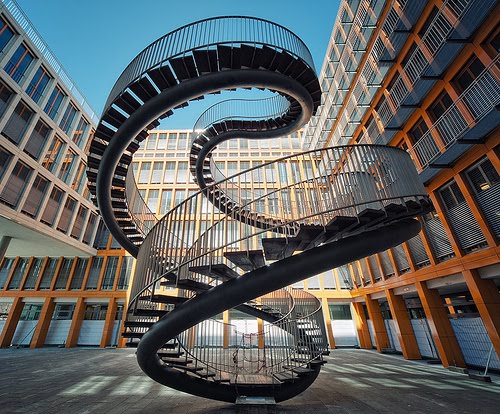 Since this site is his principal source of income, and that income dried up overnight, he understandably panicked. Unfortunately, this led him to attempt to dilute the effects of those links by adding others.

On April 24th, he was a victim of the first wave of Penguin casualties, and for all intents and purposes, his site disappeared from the SERPs for essentially ALL his terms (page 19+ IS essentially invisible). The standard “naughty, naughty” message was sent to his GWT account.

He engaged the assistance of a friend of mine, and they started an extensive pruning process, Around 800 domains were sending him the links that were quickly recognized as being crappy, so they started contacting webmasters to try to get the offending links removed.

Anyone that has gone through this process can attest to the feeling of futility in that exercise. Some webmasters seem to either never check their email or just didn’t deem the request worthy of a response. A few laughed and refused, a couple offered to accommodate the request for a reasonable fee… most, thankfully, responded and did what was asked.

By the time I got involved in this project, our friend had already sent a total of 8 reconsideration requests (roughly one every two weeks), with each response being either very similar or exactly the same as the others. Perhaps the most frustrating to him was that after again pointing out that the vast majority of the links in question were directed at his site by others, not him, the response was:

“Regardless of who created the links, in order to protect the quality of our search results, we have taken action to reduce the trust of inorganic links to your site.”

I explained to him that that wasn’t really as harsh a response as it might seem… it’s not saying ‘regardless of who created the links, we don’t care, you’re still screwed’. The net result, though, is exactly that.

Granted, he made an unwise decision to build more links in an effort to dilute the others. He acknowledges that (and admitted as much to Google). From Google’s standpoint, he deserved to get hammered, which he also acknowledges.

But of the roughly 23,000 new links (only a few hundred of which were of his own doing), there are currently only 120 left to be deleted. That’s how many webmasters have failed to acknowledge his request for removal (at least THREE requests, in fact). And all of those remaining links have been reported for spam, with the exception of a handful that are returning a 404 or 410 code.

And there’s another frustration, of course… one that has been experienced by many in similar circumstances… his competitors have shot to the top of the SERPs, filling the void that was once dominated by his site. The quality of their content is greatly inferior to his, their link profiles are much uglier than his – yet they continue to rank, now for terms that he once dominated. The possibility that it was one of them that bought the links that drew unwanted attention to his site is just salt in the wound.

There are some lessons to be learned here.

Trying to get rid of 23,000 links in a hurry, while a business is faced with near bankruptcy, is no walk in the park. It takes a lot of work to identify the links that may be considered inorganic, dig up contact information on each domain and send out repetitive requests. Tracking the results, preparing documentation to accompany a reconsideration request, handling the many resistant webmasters encountered in the process… this all takes a great deal of time and energy. When this site has been restored in the SERPs, I’ll have learned a great deal. I’m not anxious to do it again, but at least when I’m called upon to do so, I’ll be a lot more knowledgeable about the process.

Lessons for the Site Owner

You can bet that our friend has learned a great deal, too. He’s certainly learned that it’s better to stay clean than it is to get clean. And he’s also learned to keep a closer eye on his link profile for any abrupt changes. Last, but not least, he’s had an in-depth education on what a healthy link profile should look like and what the proper methods are to acquire links. All lessons that will serve him well.

I don’t think that Google runs out and slaps sites blindly, unconcerned with fair play. I also understand (and applaud) their need to keep the SERPs clean. But I do feel that they’re unrealistic, both in their apparent conviction that anyone flagged by any of their algos is definitely one of the bad guys, and in their expectations of webmasters being able to solve an unidentified problem. I’m sure that nearly all of the folks that get hammered profess their innocence, so a certain amount of cynicism is understandable. But I think the way they go about it is ALL wrong!

See, when you effectively destroy someone’s income, they tend to panic and start doing everything they can think of to correct the situation. You may think that’s just dandy. But at the end of the exercise, there’s a better than even money chance that they won’t know exactly which thing they did fixed things. So in reality, you haven’t cause a damned thing to improve, beyond one website!

In other words, you’re not being constructive. Far from it, in fact.

Google, you need to start using some of that overflowing IQ to find a way to make it easy for people to follow your guidelines. Stop making vague statements and even more vague finger-pointing.

Find the offenders and punish them, that’s fine. Punishing repeat offenders even more harshly would be fine too, in my opinion. But if you really want people to clean up their act, you need to tell them what the problem is. Anything less just makes it a game… all stacked in your favor.

And that’s not going to get us anywhere, is it?