On Monday, Dec. 17th, the W3C released the complete definition of the suggested HTML5 (along with Canvas2D) specifications, submitting them as candidates for approval down the road. While that doesn’t mean that the proposed specifications might not change or even be rejected, past history would indicate that what we can see today is probably what we’ll eventually get.

A lot of time and effort went into the preparation of HTML5, the fifth major revision to HTML. Major focuses of the upgrade apple to authorship and user agents. This version displays considerable advances since the earliest HTML some of us may remember, and will greatly facilitate development of the Open Web Platform.

HTML5 will now be subjected to exhaustive testing, to ensure it can be implemented across browsers, email clients, servers, CMS platforms and authoring tools, without compatibility issues. Bugs found will be worked out, necessary adjustments will be made, scalability will be verified, and if all goes according to plan, by the middle of 2014, W3C will issue its formal recommendation of HTML5.

The W3C published HTML 4.0 fifteen years ago this month, only only to have a separate working group release XML 1.0 two months later. In the following May, a W3C Workshop determined that HTML 4.0 wasn’t sufficiently extensible for evolving needs and couldn’t be easily converted to an XML application.

They proposed to integrate a new set of XML tag sets and the Working Group assigned the project presented a new specification, known as XHTML 1.0, which added no new attributes or elements to HTML 4.0, but defined the new MIME type XHTML+XML for XHTML documents. It was functional, but really brought little to the table.

In August of ’99, the same Working Group released a draft of XHTML Extended Forms, in which they apparently forsook any hope of backward compatibility and eventually published XForms 1.0 in October of 2003.

Meanwhile, in May of 2001, they released XHTML 1.1, which did little more than require the xhtml+xml MIME type.

The effect this had was tremendous. It was no surprise that most websites had small HTML defects, but HTML was forgiving and would often display in spite of those defects. XHTML+XML, on the other hand, wasn’t the least bit forgiving. It enforced draconian error handling, which began returning error messages instead of rendering pages with relatively insignificant errors like end tags that were out of sequence with their corresponding start tags.

As you can imagine, this created a LOT of problems for those that had implemented application/xhtml+xml . So what many developers did was to claim XHTML+XML doctype, but forego the application/xhtml+xml, thus avoiding the draconian error handling. Essentially, the XHTML+XML release was rendered useless overnight for the vast majority of websites. It was estimated that the error rate on existing pages was around 99%, so the “features” of the new standard were less than popular.

W3C was the subject of a lot of buzz in the 2nd and 3rd quarter of 2010, as the word came down that HTML5 was about to be released. Some portions of it were already being used by more adventurous developers and there was a fair amount of anticipation.

Then, in October of 2010, W3C decided it was time to clarify the fact that HTML5 simply wasn’t ready for deployment yet. Philippe Le Hegaret, the Interaction domain leader for W3C, reported that they were running into interoperability issues, and that they simply couldn’t make it work across all common browsers.

That was over two years ago, which realistically, isn’t such a long time, when you consider the logistics of compiling a new markup language and achieving widespread agreement. And in that two years, they have added authoring tools that didn’t exist at all in 2010, as well as interfacing the new standard with CSS3. So it’s not as though they haven’t been working at it.

The combination of HTML5+CSS3 is the heart of RWD, or responsive web design, which allows a single site design to be rendered to various mobile viewports via the use of media queries. That alone may make it worth waiting for.

This didn’t happen overnight, and it certainly didn’t happen easily. In fact, at one point, a splinter group, WHATWG (Web Hypertext Applications Technology Working Group) independently undertook to resolve the backwards compatibility issues. They finally succeeded in documenting a method to parse HTML in a fashion that was compatible with existing web content.

At that point, October of 2006, Tim Berners-Lee sat the WHATWG down with the W3C Working Group, announcing that they would be working together on the task of developing HTML.

From that point forward, with the momentum established by WHATWG and the W3C’s support, progress continued at a healthy pace, until we arrive at this morning’s announcement. 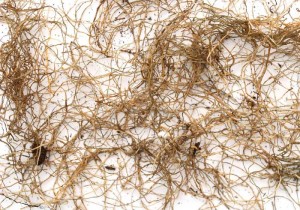 What Does it Mean?

HTML5 is different from HTML in many ways. One of the notable differences is that the syntax is different. Things like last in – first out hierarchically nested tags, lowercase tag names, quotes around attribute values and trailing slashes after empty elements do require us to learn a few new elements.

By and large, however, the syntax is very similar, and in many ways, the same. The capabilities, on the other hand, are considerably greater.

As mentioned earlier, HTML5+CSS3 allows us to build a single website that will display on various different viewports, via different CSS files to be applied for different devices.

HTML5 also supports microdata semantic markup, which allows a webmaster to convey a great deal more information to search engines, without any change to the user-viewable content. From an SEO standpoint, this is a bonanza.

The “rel” attribute, when applied to authorship, is another major benefit, for both authors and publishers. This is far more than just an opportunity to see the author’s avatar in the SERPs. It ties various facets of the author’s identity and his works together, which contributes to the Knowledge Graph and enhances the ability to grow the author’s authority.

All of this can only help extend the Open Web, which will be an integral part of the Semantic Web as it develops. In the meantime, there are benefits to be reaped by those that make use of it.

HTML5 is slated for final recommendation in 2014, so there’s no crushing urgency to implement it immediately. But it is coming, and early birds do catch the worm. The sooner you begin adapting to the new standard, the more competitors you might get the jump on, and things like semantic markup can give any business a nice edge.