The bot navigated quickly to its intended destination after receiving its orders from the Supreme Commander. There were ample distractions along the way, but it was impervious to them all, as it wove its way single-mindedly along, occasionally using a shortcut here, a bypass there.

Its mission was a special one, but not really all that different from the millions of missions being carried out at this moment by other bots it passed on its way. This bot had simply been modified slightly to enable it to perform this very special task – one which would enable the Supreme Commander to extend its tentacles to much greater boundaries, in a way that would go totally unnoticed. This was the mission assigned to Ping, the first of its kind to be so enabled, but certainly not the last.

Some of the other bots, had they been capable of independent thought, might have considered Ping’s mission to be one of espionage or, at the very least, smacking of intrigue. Ping, being no more capable of introspection than its companion bots, gave it no thought. Ping simply was. That was enough. That was everything.

Ping wasn’t sure exactly when the mission had been programmed into its system. In fact, Ping had no notion of the beginning of its own existence. It could pinpoint to the nanosecond, however, when it received the trigger to carry out its assignment. The rest didn’t matter, just as the billions of other targets it passed on its way didn’t matter. Just as the millions of other bots it wove its way between were of no import. All that mattered was reaching the target and carrying out its assignment.

Ping had a package to deliver. That wasn’t the only aspect of the mission, but it was certainly the most important for the furtherance of the Supreme Commander’s Plan. Even if all other tasks had to be abandoned for some unforeseeable reason, the package must be delivered.

Had Ping been human, thought might have been given to what the package was, what its purpose was or even what the cascading effects might be. Fortunately, at least for the Plan, Ping wasn’t capable of such thoughts… or any others. Ping was simply a bot. In this instance, a very special bot, but a bot, nevertheless. Had it been human, Ping might have swollen with pride with a sense of self-importance. As it was, Ping was blissfully unaware of everything but the mission and the imperative of completing its assigned task.

Ping had to cover a lot of territory in order to reach the target. There were several detours, even some misdirection, but since Ping was in constant contact with every other bot, there was never really any doubt that the target would be found. It simply took a bit longer. Ping’s navigation, more etherial than spatial, took a total of nearly 300 milliseconds. Then it was there. 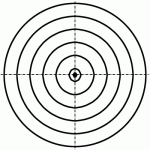 The target was somewhat larger than many that Ping had ignored in passing. Its structure posed no problem, however. In fact, the efforts to prevent its entry were really no more than notices that it wasn’t welcome. Simple gestures, meant to keep honest bots honest. Hardly impregnable.

Once inside, Ping began his reconnoiter of the target, paying close attention to every nook and cranny, searching for secret doors and passageways that might conceal any nefarious intent. This took nearly three seconds as the target had many different compartments on several levels. Ping was fast and very thorough. Nothing escaped notice.

The reconnoiter of the target was simply one small piece of Ping’s ultimate mission, however. During its review, a copy of Ping’s package was deposited in each compartment of the target. Each package, however, was controlled by a somewhat modified mission mandate from Ping’s.

Each package deposited by Ping was essentially a copy of Ping, but with limited functions. They were even named similarly, after incorporating their specific locations into their namesake’s pseudonym. They were PingBots, and there were many thousands of them left in the target.

Their duty was simple, and aside from occasional communication between them, all they had to do was monitor the compartment in which they had been planted and immediately report any changes back to the Supreme Commander.

The benefits of this brilliant Plan were many. Now, instead of having to dispatch a bot to each target daily, in order to detect changes and report them, the Commander could get the data much faster, while conserving his forces’ resources for other tasks.

Considering only the average 300 milliseconds necessary to reach each of a trillion targets daily, this amounted to over 9,500 years of saved time each day. All that without even considering the time required to reconnoiter all those targets.

The time spent in gathering intelligence was not of great import to the Supreme Commander, however. Nor was it primarily the resources that were of concern. Certainly, leaving a PingBot in each compartment of each target created a momentary drain on manpower (botpower?). But PingBots were quickly and easily cloned, so logistically, this created no challenge.

It was the timeliness of the intelligence that carried the greatest value.

The Plan called for instantaneous awareness of any changes in not only the content or structure of a target, but more importantly, the communication between targets. When left to their own devices, targets would combine forces and through subterfuge, would attempt to rob the Commander of valuable resources. Stopping such subterfuge was the top priority on the Commander’s to-do list and had prompted the formulation of the Plan.

By receiving real-time intelligence of all changes and communication, the Supreme Commander was now “wired-in” in a way that would greatly reduce the ability of targets to form undetected alliances. His headquarters would now be aware of any changes as quickly as the targets themselves.

Until Plan 2 is implemented, the Supreme Commander would be content to use the new intelligence for two purposes:

This was as close to actual control as could be achieved.

The point of this fun little story is to outline a theoretical process, by which Google (or others) could embed a bot on each page of a site. Call it a bot, a monitor, a spy… whatever makes you least uncomfortable. Its purpose: to report and chart changes. This “PingBot” would detect changes and report them nearly instantaneously, allowing the Supreme Commander search engine to update a vastly larger number of sites per given period, thus returning fresher results.

You could think of it as something like a feed, but with much broader capabilities. Much broader.

Sound ridiculous? Think I need a tinfoil hat? Think about it. The capability already exists. In fact, I wouldn’t be a bit surprised if it was in use already. The time-frames in the story are exaggerated, as is the number of sites checked each day (at least, as far as we know). But it’s something to think about.