Using a casual or conversational voice is a must when copywriting gets your message across in a friendly tone  and gets that message to stick. After all, who is your audience more likely to listen to – a tight-laced lecturer or someone telling a story? 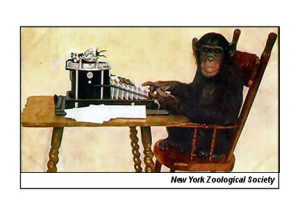 It can be hard to find your voice when first starting to relax your writing – especially if you come from a structured background in journalism, academia or – yes – certain suffocating, creativity-killing content writing mills. If you learned to write in a formal or limited style, it’s a tough habit to break without coming off as trite, juvenile or even silly.

While developing an informal style of business writing might be a grammatical nightmare at first, it’s a great way to hit that common ground with your audience, build some trust and attract more customers for your client. Here are a few tips on how to loosen up that tight-assed writing.

Talk directly to your audience by using the word “you”. It lends a personal touch to your message by engaging the reader one on one. Using the more formal “those who” or “one” relays a sense of detachment by teetering on the lecturing fence.

Contractions are your friends

Serious grammar Nazis aside, ending a sentence with a common preposition such as “of,” “in” or “on” will not cause fits in the majority of readers or editors. It’s actually a great way to write in the active voice while being conversational.

Conversational writing doesn’t mean choking every paragraph with jargon, bad jokes or overly technical terms. Keep it simple, just as you would in a regular conversation. Leave out the $10 words unless you’re targeting an audience that uses and understands them.

Adjectives are wonderful – great and faithful pals in the copywriting world, but only if used sparingly and creatively. Gushing is a no-no, so leave the purple prose to the Bronte sisters. Would you really want to read, much less submit, this sentence when writing for a florist shop: “Our carefully tended flora is so glorious that every wedding bouquet blazes with resplendency.” After laughing yourself silly … no.

Use slang where it works

Don’t overdo the slang or use mild profanity unless you’re certain that your audience uses it as a matter of course in daily conversation. While the occasional use of “hell” or “damn” is acceptable when writing for a motorcycle site, it might not sit as well with the owner of a kids’ consignment shop.

Everyone uses slang – but again, consider your target audience. Kids and younger adults use slang that many parents and older folks don’t get and vice-versa – so don’t use slang that is so dated that many potential customers wouldn’t recognize it.

For example, “keen” and “swell” would barely be recognized as words, much less as once popular slang terms, while the slightly less dated “cool” and “awesome” are still commonly used.

Conversational writing is not at all like talking to a friend – so it should mimic a casual conversation, not reproduce it exactly. Don’t get too relaxed or informal when writing for a client (no cheesy jokes) and never wander off on unrelated tangents. Never pad the piece with useless “trendy” terms and empty filler words:

Okay, that’s enough of that.

Asking one or two hypothetical questions will add to the conversational tone of your copy, but don’t go berserk and toss one into every paragraph. The judicious use of such questions, followed by the answer, helps readers feel more engaged. After all, you’re speaking to each one of them personally, right? (see what I did there? 😉 )

Finally, take the time to “get to know” your target audience by visiting the client’s website and reading a few articles or blog posts. And don’t panic if your first few attempts come back to you covered in red ink – it takes practice to hit the right tone. Track your progress by checking your submission against the published piece or asking your editor for feedback.