Not too long ago, I had to let a client go. It just wasn’t working. I’d love to be able to say it wasn’t anybody’s fault, but unfortunately…

Don’t get me wrong, the guy I was working with was great. He understood that their site and their marketing strategy weren’t working for them. And he didn’t expect results overnight. He knew why I said certain things had to be done, and he supported me 100% in the meetings with his boss and his boss’s boss. 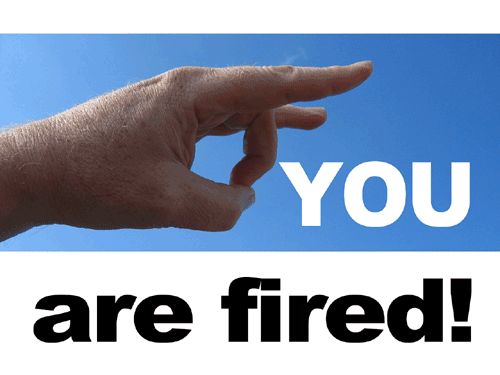 It made for some really interesting meetings, let me tell you.

My guy… call him Mike… could infallibly tell me exactly how his bosses would respond to every single point. Every. Single. Time. It was uncanny.

Of course, he’d been with them for 12 years, so he’d had ample opportunity to learn how they thought. On the other hand, I was only with them for 6 months. All I learned was that they resisted change just for the sake of resisting. Never any reason, never any questions… just “no… I like it the way it is” or “no… I don’t think we want to change that” from either one or the other… often both.

I started thinking of them as Tweedle Dee and Tweedle Dum.

On more than one occasion, I pointed out things that were severe violations, bound to hurt their rankings at best, incur a manual penalty if caught. “It’s been working fine… leave it alone,” they said.

About a month before the contract was to end, they told Mike to negotiate a new deal with me, as our contract was running out the 1st of October. Mike called and told me we needed to set up a renewal, but that he had to talk to me about pricing.

I’d already decided a couple of months before that the way we were going, they were never going to get any results. And since I didn’t care to add any failures to my portfolio, I’d decided that we’d be parting ways once the contract ran out. So my answer to Mike was to save his breath. I had no desire to continue to work with them when they steadfastly refused to listen to anything I said.

Pregnant silence on the line, then “Uh,” said Mike. “I can’t go tell them that. They’ll go ballistic. They’ll think I screwed up.”

“Fine,” I said. “I’ll tell them for you. And believe me, I can make them understand what the problem is.”

To his credit, Mike saw the humor in the situation. We talked about how to deliver the news without putting him in jeopardy and decided I’d just send him a letter, detailing the problem. I did, and he put it in their hands, and for a couple of weeks, I heard nothing back from them.

Then his boss showed up in his office one day and said he wanted Mike to get me on the phone so he could talk to me. When I answered the phone, Mike immediately told me his boss wanted to speak with me, and Tweedle Dee jumped on.

He proceeded to tell me that they were very disappointed that I wasn’t going to stay on for the year and that they felt like my departure without fulfilling the contract was very unprofessional.

I asked him if he had even read the contract. He got indignant and said he’d never have signed it without reading it thoroughly. I pointed out that he hadn’t signed it… the president of the company had. Then I explained that it was a 6 month contract, which had ended nearly two weeks before, and that I had offered them a 12 month contract, but they had specifically asked for 6 months instead.

He quieted down so suddenly that I thought maybe he really thought it had been a 1 year contract. Then he asked what it would take to come to an agreement for another year. I was tempted to make a number of snarky comments (I know… those of you that know me find that completely unbelievable), but I bit my tongue. Instead, I said ‘how about I draft a new contract, where you pay me 3 months in advance, and the first time you choose to ignore my advice, it voids the contract and I keep the money?’

He snorted and said he didn’t think that would fly. I said I could understand that, especially given their demonstrated unwillingness to listen. Then I asked him THE QUESTION:

“If you paid me for 6 months and implemented absolutely none of my recommendations, why would you want to pay me for another year? Just to continue ignoring?”

We went back and forth for a while, reviewing several critical issues they’d refused to let me take action on (little things like duplicate content, horrible URL structure, thousands of toxic links… the list is long). Finally, I got tired of it and said I really wasn’t interested in taking their money, since they wouldn’t let me do my job. He passed the phone to Mike in a huff and left.

Mike said he’d never seen his boss squirm like that before. He thoroughly enjoyed it.

Fast forward a couple of months. Mike called me yesterday and told me he had decided to make a change. He is now the Marketing Director for a much larger firm, at close to twice the salary he used to make. And he wants me to quote them for an SEO contract, because he’s already fired the company they’ve been using for the last 2 years.