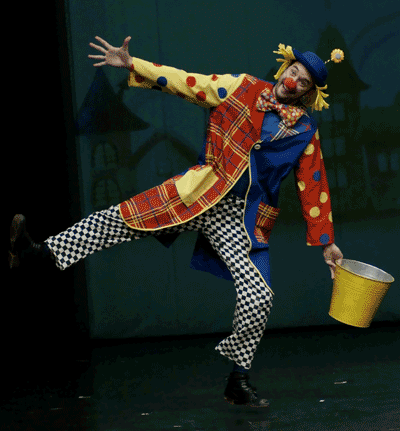 Knock knock.  Who’s there?  Your doom.

There are a number of methods to attract attention when it comes to marketing, from the profound to the sublime, but few can crush your soul as completely as humor.  If you doubt me, take a long look at all the failed marketing campaigns that attempted to integrate humor and instead ended up with PR disasters on their hands.  I’ll just leave this link about Mountain Dew’s 2013 “Felicia the Goat” campaign here for you to read later.

Battle-hardened humorists can tell you — comedy is all about bouncing back from failure.  It’s an experiment in motion, with the expert poking their audience, then sitting back and hoping for a positive response.  That’s why humor’s so tricky in marketing and why it’s so dangerous, especially for start-ups: hope isn’t enough to hang your brand image on.  On the other hand, if your company has an established brand image, people generally trust you and no one thinks you’re a company filled with raging assholes, giving humor a try won’t hurt, provided you take some precautions.

Humor is more than waving a magic wand and wishing some ha-has into being — it is, arguably, the most difficult art form to master.  You must be subtle, you must be sly, but most of all, you must be natural.  And that’s the part where many people fail miserably.

Being a natural at comedy means that you’re practiced, that you know the rules and have set them to heart.  But it means something else, too — you’ve managed to learn to look at the world a little differently than the next guy.  It’s a skill, like everything else, and you can learn to write humorous marketing materials with no experience, but you’ll be subject to failure and that can reflect poorly on your business.

So, before you become your own marketing version of Carrot Top, let me give you a few helpful pointers.  Follow these tips and even if you don’t hit your humor mark, you’ll at least avoid a serious bout of bad publicity:

I vaguely remember doing a blog on this topic recently, but the point remains true.  Humor is very demographically sensitive — what makes a 35 year old mother of two laugh is not the same thing that will make a 70 year old widowed war veteran laugh.  These two live in very different realities, so focus your efforts as tightly as you can to capture the audience you really want.

When choosing a scenario to infect with your humor, make sure it’s one that your demographic understands.  Again, people face very different realities, even in the same country, state or city — what’s funny is heavily dependent on your viewpoint.

No matter who your audience is, through, making disparaging remarks about another group of people is not going to cut it for humor.  That might have worked on Evening at the Improv in the 1980s, but we live in much more sensitive times.  Avoid racist, sexist and nationalist language that could end you up in hot water.  Remember, there’s no room for hate in humor.

So, if you can’t make fun of other people and how they’re different from you, what can you make fun of?  The best answer is yourself or your industry.  Self-deprecating humor rings true with a lot of people, provided you don’t get too industry specific or technical.  Just make sure that while you’re mocking yourself, you don’t accidentally cut down the thing you’re trying to sell with humor and leave a bad impression with the customer.

… or at an inanimate object

The other option you’ve got, after self-deprecating humor, is directing humor at an object.  This is going to depend on what sort of industry you’re in, of course — but if you can find the funny in a keg of beer or a pickup truck, you might have the next big hit on your hands.  Again, keep it friendly — nobody wants to buy anything from a racist pickup truck, either.

Humor is a big risk in content creation that can yield amazing rewards.  If you’re thinking about trying your hand at it, consider hiring a professional humorist to take your ideas and turn them into a campaign that really hits home.